A couple of weeks ago I’ve had the chance to review a sample of the MSI GT70 2OD from MSI Philippines. It offers true desktop level performance on a 17″ platform. If you want no-compromise level gaming on the go, this might be the notebook for you. 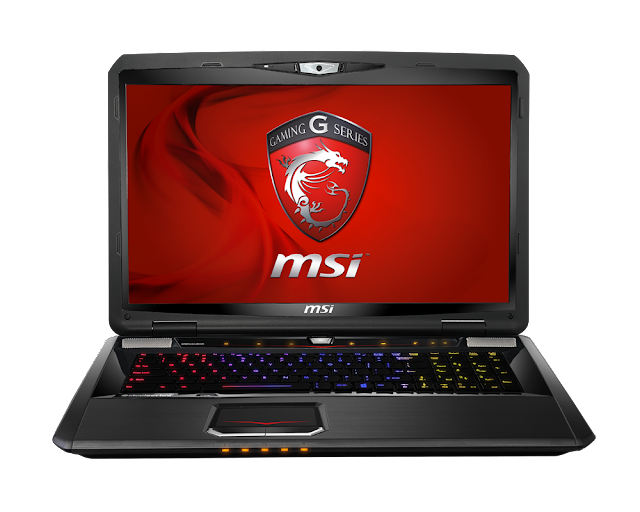 First off, a quick run down on the gaming-related specs.

The processor is a quad-core, 4th generation Intel Core processor (Haswell), runs at a speed of 3GHz (up to 3.9GHz turbo), and with Hyper Threading enabled, offers up to 8 logical cores for multithreading. Built on Intel’s 22nm silicon process, it’s rated for a max TDP of just 57 watts. In terms of performance vs power, this is pretty much as good as it gets.

You also have 16GB of DDR3 1600 RAM, on dual channel mode, to make sure that you have enough memory to run all your gaming and multitasking needs. In fact, 16GB is large enough to run Windows without a page file, and for the purpose of the following tests, all functioned seamlessly with virtual memory disabled.

Nvidia’s GeForce GTX 780M is also a beast of a mobile GPU. With its 1536 CUDA cores running at 823MHz + Boost, and its 4GB of GDDR5 memory, delivering up to 160GB/sec of data rate, the 780M brings uncompromising HD gaming to the mobile market.

Booting up and loading programs are also done in a snap, thanks to MSI’s Super RAID 2. It’s basically three (3) 500MB/s SSDs in RAID 0, delivering a theoretical max throughput of 1500MB/s. Though we don’t really reach theoretical speeds in real world applications (see later in the tests), it still offers a significant performance boost, specially to boot time, as seen here.

MSI recommends Windows 8 on this machine, and as such, they are only offering Windows 8 drivers, specially for the discreet graphics. Switching to Windows 7 on this notebook is not advised, as it will result to unstable gaming. Trust me, I tried. :))

For a complete list of specifications, check out the MSI GT70 2OD page. 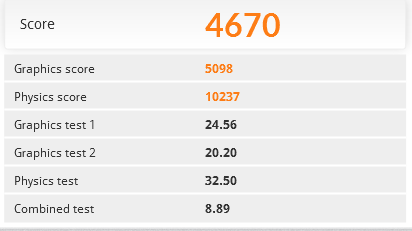 The Cloud Gate test is targeted towards notebooks and entry level PCs, while the Fire Fight test is geared towards high-performance gaming PCs. These tests give us a rough idea on how the MSI GT70 2OD performs as a notebook, and as a desktop replacement. Both tests were run on default settings at 1920×1080.

I did two runs; one showed a weird dip in min FPS, while the other showed better min FPS, though the average and Max FPS were slightly lower.

On a side note, I had to manually tweak the Optimus profile via Nvidia Inspector to get PCMark 7 to run using the GTX 780M. Without the tweak, it was locked to the integrated graphics, without an option to switch on the Nvidia Control Panel. This was with the 311.48 drivers that I used for the test. There are updated drivers available on MSI’s site, so this Optimus profile may already have been updated.

Also, 780M drivers directly from Nvidia will not work on this notebook. You have to get the one provided by MSI.

Cinebench is another suite that tests both CPU and OpenGL performance, then compares it automatically with systems of similar class on their database.

FluidMark is a fluid simulation benchmark using Nvidia’s PhysX engine. It can be set to use hardware accelerated GPU PhysX, or multicore CPU PhysX. 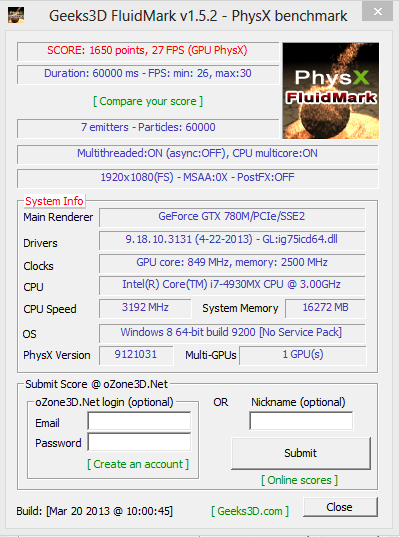 Here, the notebook scores 1650 points @ 27fps average. What’s weird though is that the GPU seems to keep throttling down to 525MHz. During my tests, I wasn’t able to find a way to prevent the throttling, so these results will remain as is.

This test shows an ultra detailed real-time rendering of the human face. It highlights the level of detail we can look forward to in future games. The test was performed and recorded using Fraps’ built-in benchmark tool.

Passion Leads Army Benchmark is a DX11 and PhysX benchmark tool for the Chinese free-to-play shooter, based on Unreal Engine 3. Though it seems the benchmark was unable to detect PhysX on the 780M, the notebook was able to run the benchmark with ease, despite maxed out settings. Here, the MSI GT70 2OD scores an average of 68.9fps, and a maximum of 92.5fps. 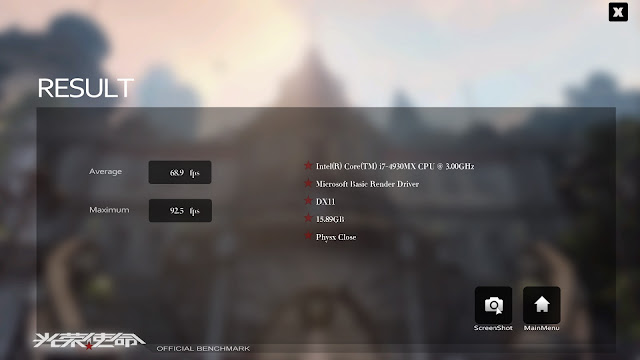 This benchmark features pre-generated scenes using Resident Evil 6’s game engine. And although it utilizes DX9.0c, it’s still able to push hardware with its visual effects, specially on scenes with a large number of rendered characters. 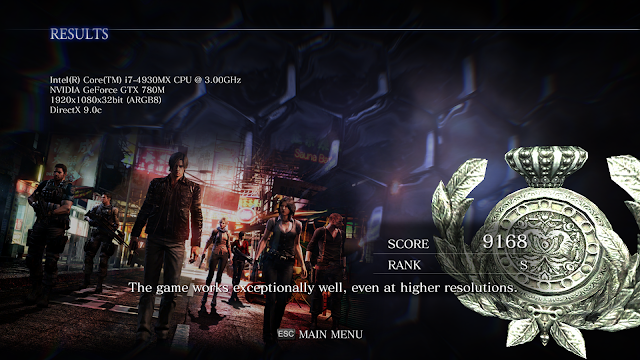 Guild Wars 2 – 1920×1080, Max settings, Supersample Render Sampling. Test was done running around Lion’s Arch Trader’s Forum.
Mercenary Online – 1920×1080, Max settings, 4xMSAA, PhysX ON. Test was done on Infested Island’s outdoor area, with heavy rain. This is most likely the most GPU intensive area in-game.
*** Note that Mercenary Online is hardcapped via the application to 60 fps. Being known as an ‘unhackable’ game, I am not aware of any method to circumvent this fps cap, even through the graphics drivers. 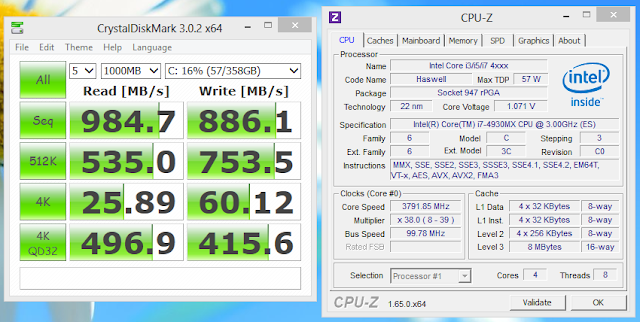 Here we can see a whopping 984.7 MB/s and 886.1 MB/s sequential read and write speeds. Though it’s not quite 1500MB/s, it’s still impressive. It could have been suffering from boundary overrun or incomplete stripe utilization, since the system was using an odd number of drives. Can’t really confirm at this point, since I lacked the time to rebuild it into a 2-disk array and repeat the setup for a comparative test on 2-disk vs 3-disk RAID-0.

WinRAR has its own benchmark function, and it’s also used as a common benchmark to gauge CPU performance. Here, the MSI GT70 2OD scored a very nice 8156. 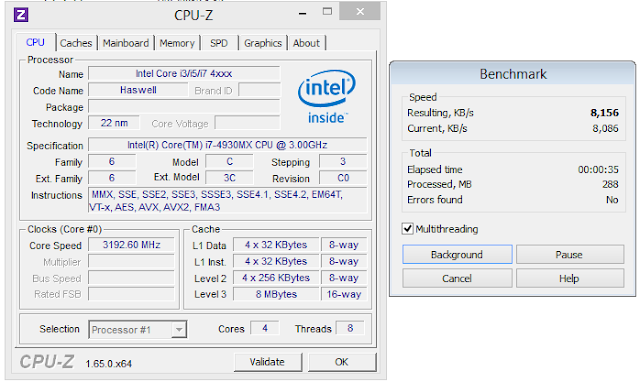 This is a standardized video encoding benchmark test that you can use to compare with other results running the same test version.

The MSI GT70 performs very well in all the tests performed. It really does deliver gaming desktop-level performance, on a 17″ notebook form factor. It should be able to max out majority of today’s games, even at 1920×1080, and still maintain a degree of portability as a notebook. The keyboard layout was also desktop-like, allowing for more comfortable gaming compared to other gaming notebooks. Super RAID 2 is also a nice touch, I still can’t get over that 5-second Windows 8 boot. The notebook also performs well for video encoding/rendering, so it should be pretty useful for other intensive tasks that you may need a powerful CPU/GPU combination for.

If price is not an object, the MSI GT70 2OD might be what you need for a no holds barred, single GPU, gaming notebook solution. 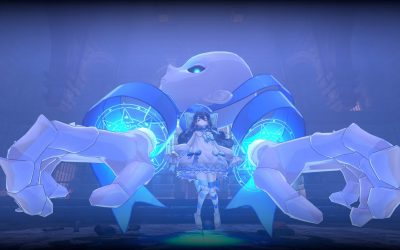 Dark Souls Meets Loli Anime This game caught my attention on Steam so I bought it and gave it a try. I never expected to die so much in a... 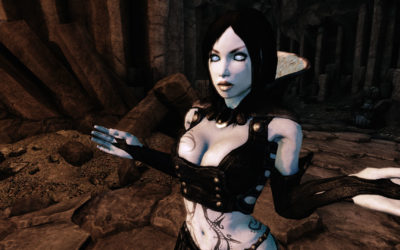 I recently finished live streaming a complete playthrough of Hunted: The Demon's Forge on Facebook and now I'm posting all of the videos... 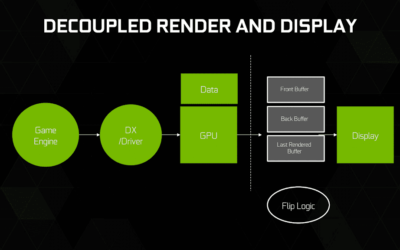 How To Improve Overwatch Game Responsiveness and Smoothness